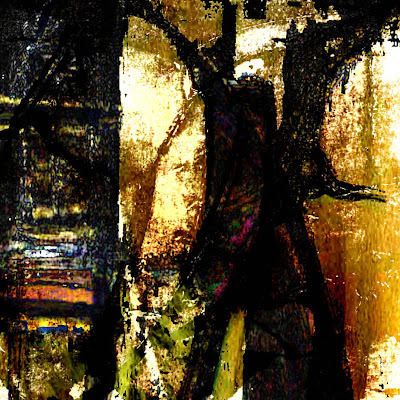 We exchanged a glance as he demanded more to eat.
‘I’ve been on prison rations for a week.’
‘He changes colour oftener than a squid’ I muttered,  contemptuous, ‘from pride to pathetic in the bat of an eye.’
‘But at least lacks energy for the priapic.’
‘And will lack more than that when the senna I’ve put in the soup starts to work.   He’s thin enough now but his belly’ll be flatter than the bladder of a suicidal jester!’
‘I don’t want him evacuating here!’
‘The dead dog collector’s cart’s due in an hour - we’ll put him on that.’

This is part 33 of 'The blacksmith's wife'.   The whole is a prompt-led serial  which began on the Friday Prediction, in March  and continued, one hundred words at a time, for forty-one episodes.   One of my aims in this 100 days project is to complete the illustrations for each episode and publish the tale in book form.    The  story can be read in its entirety here.
Posted by Sandra Davies at 07:46