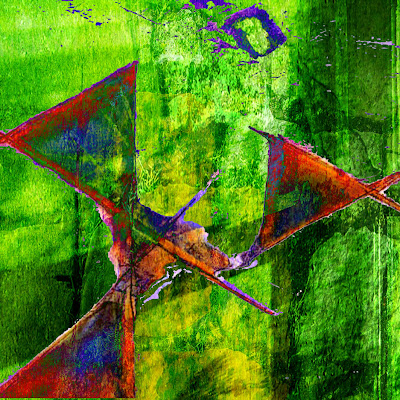 Post his immoral interlude with the tavern-doxy, how would Gabriel now view my past philanderings?   Given that he’d also seen me taken by his brother, he surely couldn’t now complain?
The boy was beautiful, which was why I’d wanted him.  Finger to my lips I directed him to the meadow behind the forge, trusting that the meadowsweet would shield us.
Led the horse to Gabriel, smiled sweet and said ‘No hurry.’
But I was mistook to think that all was fair, that because there was no danger of foisting onto Gabriel a bastard brat, he would not mind.
He did.

This is part 35 of 'The blacksmith's wife'.   The whole is a prompt-led serial  which began on the Friday Prediction, in March  and continued, one hundred words at a time, for forty-one episodes.   One of my aims in this 100 days project is to complete the illustrations for each episode and publish the tale in book form.    The  story can be read in its entirety here.
Posted by Sandra Davies at 08:49