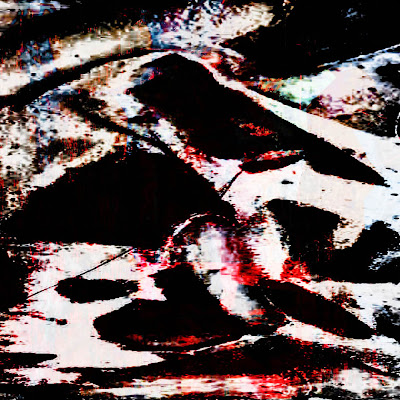 Assuming, from fraternal nurture and Gabriel’s unconcern, that his brother would be likewise unaffected by taboos derived from labyrinthine social mores, I was surprised to see the horror-churned revulsion with which he regarded his now-limp and mense-blood-reddened cock.
His momentary superstition-led unmanning (near enough the twin of the castration Gabriel had previously thought to deliver to someone less deserving) was sufficient to allow the deployment of the knife I’d extricated from his belt.
He screamed.
I ignored.
Released and near-restored my spouse to fully-functioned physicality, whilst diverting his mind with the contents of the letters found within his brother’s saddlebags.

This is part 18 of 'The blacksmith's wife'.   The whole is a prompt-led serial  which began on the Friday Prediction, in March  and continued, one hundred words at a time, for forty-one episodes.   One of my aims in this 100 days project is to complete the illustrations for each episode and publish the tale in book form.
The  story can be read in its entirety here.
Posted by Sandra Davies at 08:08