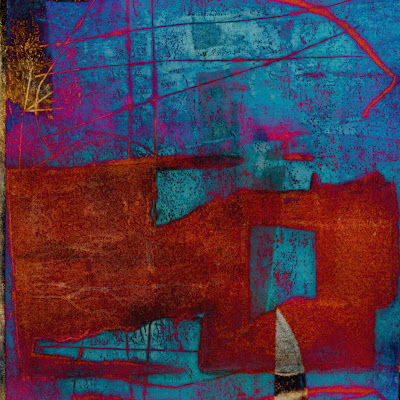 What if Gabriel’s consanguineous concern was counterfeit, a facet of his love for me, callous-skewed for my protection?   I’d swear his anguish genuine.


Did he believe killing his brother would jeopardise his own immortal soul?   Or was it Mathias who yet pulled the strings?
At whose instigation had I set forth?   How urgent this message?   Did Gabriel mean to prevent me witnessing his revenge?   Or was  his perfidious sibling plotting murder prior to my pursuit?
Suspicion’s wings dispersed my fury – I turned back, electing to save Gabriel rather than the country from invasion.
And arrived to find the forge ablaze.

This is part 22 of 'The blacksmith's wife'.   The whole is a prompt-led serial  which began on the Friday Prediction, in March  and continued, one hundred words at a time, for forty-one episodes.   One of my aims in this 100 days project is to complete the illustrations for each episode and publish the tale in book form.    The  story can be read in its entirety here.
Posted by Sandra Davies at 08:48