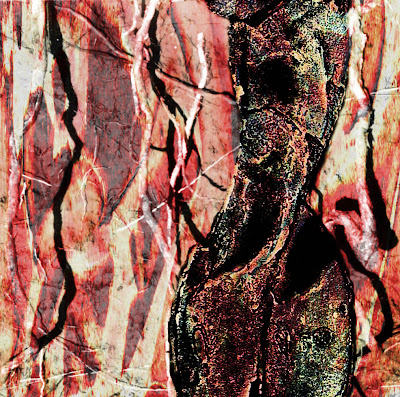 He’d seen, he’d watched, eyes raging, as his brother had taken me - it had not been passive supervision which had rasped his throat.

He’d refused a large amount of cash for a peaceable (on his part) hiring of my body (at a time when I might have been part-willing).

But now, when my whole body crawls with sick revulsion, aches with the nightmare forcing of this man upon me, bears five-finger bruises in many tender places and a tooth almost out of place by the force with which I bit him … now he thinks blood matters more?

This is part 21 of 'The blacksmith's wife'.   The whole is a prompt-led serial  which began on the Friday Prediction, in March  and continued, one hundred words at a time, for forty-one episodes.   One of my aims in this 100 days project is to complete the illustrations for each episode and publish the tale in book form.    The  story can be read in its entirety here.
Posted by Sandra Davies at 08:21